For several weeks, we’ve been hearing about a four-page memo that was written by several lawmakers on the right in Washington DC.

We have also been hearing several lawmakers from the left (as well as FBI and DOJ officials) saying it would be a reckless thing to release the memo!

What is this memo about anyway?

We are told it is about a tragic misuse of our intelligence gathering system that is allowed to operate under the FISA law. The claim is that several individuals within the FBI and the Department of Justice utilized the system to spy on the opposition candidate (Now President Donald Trump) and his team,  during the campaign of 2015 and 2016. If this is true, it should be very concerning to every American, since this is a violation of our fourth amendment right under the Constitution of the United States. 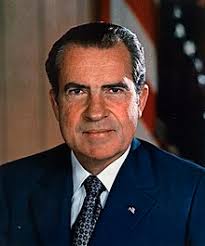 The entire intelligence system was designed to monitor foreign individuals, enemies and entities! Not Americans in America! And certainly not your political foes (Nixon tried this with Watergate and was impeached for it!) Checks and balances were put into place to prevent having Americans that may have been picked up during foreign surveillance, masked from intelligence view. In order to unmask any American named in a particular surveillance document, the person seeking the unmasking must show probable cause to officials with statements that show a grave concern that the American that was picked up in the surveillance is a possible threat to national security and must be investigated.

The other side of this intelligence gathering system, is when officials in the intelligence community wish to Monitor or Surveil a certain suspect of a criminal act. Permission to do surveillance on Americans requires a warrant to do so.

A secret court known as the FISA court (which reminds me a lot a movie called “The Star chamber”), must be presented with evidence showing just cause for a warrant. If evidence is presented for a warrant from the FISA court is made up, the surveillance becomes a crime! This would mean the court was duped into giving out the warrant. It would be the equivalent of a police officer planting a gun on a suspect that has just been shot and killed, because there was really no gun present to justify the shooting of the suspect. And then going to a judge for a warrant to search the home of that suspect. If found out, the officer would not see the light of day from prison!

It is said, that the FBI and the DOJ did just this! That individuals within the FBI and the DOJ misused the intelligence gathering system for political purposes. It is also said, that individuals within the FBI utilized a dossier (created by a former MI6 British Agent and the research agency known as “Fusion GPS“) that was created as opposition research (that was started by never Trumpers in the beginning but taken over by the DNC and the Hillary Clinton campaign) for a political campaign, and is known to be full of untruths, as evidence of a crime in order to obtain the warrant necessary to do surveillance against Donald Trump and his Presidential campaign.

Americans have the right to see the memo and decide for themselves! 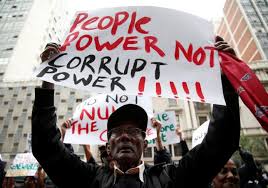 The FBI and the DOJ are supposed to be nonpartisan investigators and lawyers! If it is true that the Obama administration utilized the intelligence gathering system to spy on the opposition candidate, then they have committed multiples of crimes that must be found and prosecuted! The upper level management of these two departments must be held accountable. In order for the American people too once again have faith in what they do. The rank and file members of these departments do wonderful work! The Bad apples at the top are the issue!

The FBI announced today that it would be extremely reckless to release the memo. I would simply ask them why? What do they have to hide?

They are trying to police themselves. They obviously cannot do that. This is evident by their reluctance to submit documents requested by the Congressional oversight committee more than seven months ago! We the people must now cleanse these departments!

The attorney general of United States must start removing the bad apples!